St Barnabas Hospice
Home “If I could spend one more day with my husband, I would throw him a Gin and Jammies party!”

“Paul was the most amazing husband and daddy to us all. He was a role model to our three children and we all loved him to bits.”

“In January 2018, Paul was diagnosed with bowel cancer, and days later his father was diagnosed with oesophagus cancer. It was a terrible time for us all. Paul went through chemotherapy and radiotherapy every single day for 25 days, all whilst continuing to work in our landscaping business that he had built from scratch eighteen years earlier. 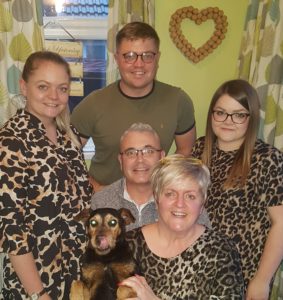 “A week before Paul had an operation scheduled to remove his cancer, his father sadly died. Paul continued to fight after this, but I could see the sadness in his face and the change in his character. This was in July 2018, and sadly Paul’s cancer continued to grow until it became inoperable. He died in October 2019, age 53.

“I chose to host a Gin and Jammies party in Paul’s memory because he just loved events. In fact, if I could spend one more day with my husband, I would throw him a Gin and Jammies party! We would all tell him a million more times that we love him, and I’d let him buy the camper van that he always wanted. In Paul’s honour, the children and I travelled in a chauffeur driven camper van behind his hearse at the funeral; he would have been so proud.

“At our Gin and Jammies party, there was around 20 people who paid to attend, played games, ate, drank and raised a glass. We had such a fabulous night and raised a total of £325 for the Hospice. Although St Barnabas didn’t care for Paul due to our location, their consultants did give us some valuable advice and support. 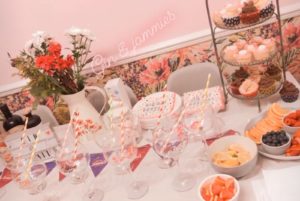 “Gin and Jammies was the perfect way to get all the girls together and have genuine fun whilst supporting a good cause. If it’s something you’re only just hearing of, give it a go! It’s so much easier than trying to arrange a night out somewhere and the money you would normally spend on taxis, club entry, new outfits etc. all goes to St Barnabas instead.

“Register your interest, just like I did, at www.stbarnabashospice.co.uk/ginandjammies. The Hospice has even released their own gin for you to sample at your party!”