Austin Sheppard is the inspirational St Barnabas supporter behind the ‘This Dad Can Run’ blog and Instagram page. His running journey was inspired by his children and he now uses this platform to support other runners, talk about mental health and raise vital money for charities. One charity which he has recently been supporting is St Barnabas Hospice, who cared for his dad, Alan, during the last few weeks of his life.

Austin said, “Dad was a larger than life character in many ways; he would talk to anyone and everyone, making time to ask people how they were. I have so many great memories of running and walking together with him. 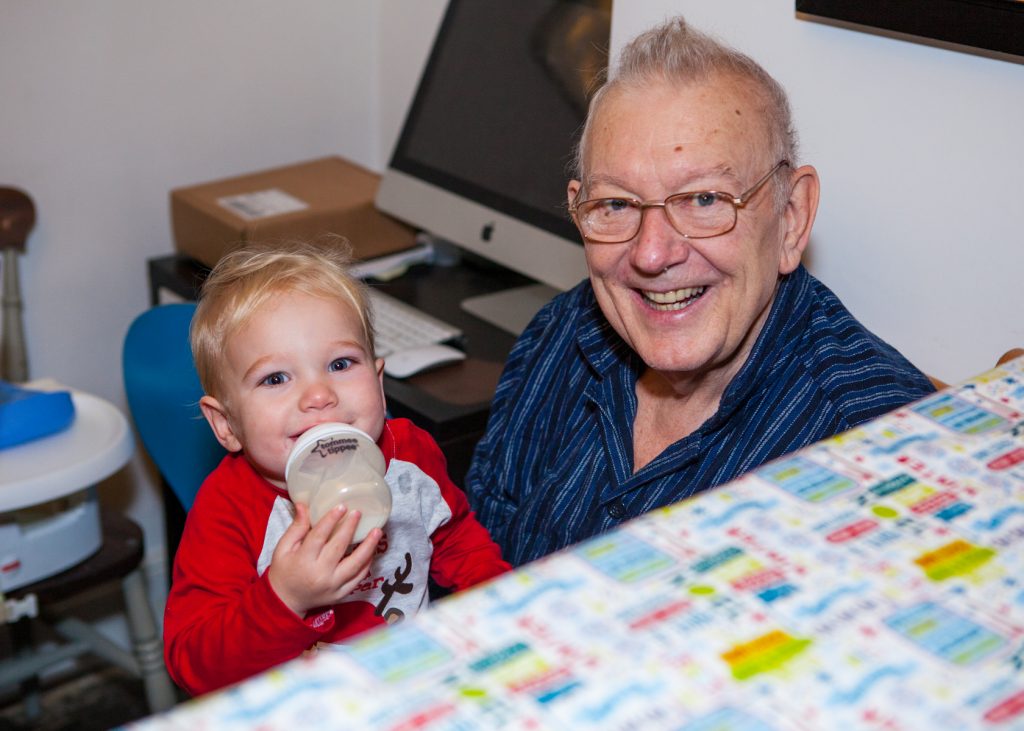 “In 2014 Dad had a fall at home and hit his head. The hospital raised concerns about his breathing and discovered that he had been living with fluid on his lungs and heart. They were amazed he had survived so far. Further tests showed he had stomach cancer and he received the terminal diagnosis in September 2014.

“St Barnabas looked after Dad very well in his last few weeks when his condition had deteriorated dramatically. Their care was so needed, and I feel thankful that he had their support.

“He enjoyed banter and chats with the staff, and they were able to support him to move from the Grantham Hospice in the Hospital back to his house, which was his final wish. He came home on the Saturday and passed away the following Monday, exactly where he wanted to be.

“After he passed, my mum was able to access the St Barnabas bereavement counselling group where she made friends that she is still in regular contact with. The wider support for the family is so important and has been a lifeline for Mum.

“Donations from Dad’s funeral went to the Hospice, but I have been thinking for a long time about doing something else to support them. So, the hat campaign was born!

“I wanted to do something that stood out and captured people’s imaginations, so I sourced and funded a large bulk order of ‘This Dad Can Run’ bobble hats and began giving them to anyone who made a donation to St Barnabas through my JustGiving page. Around 40 have been given out so far, and I think we are on track to raise in the region of £800!” 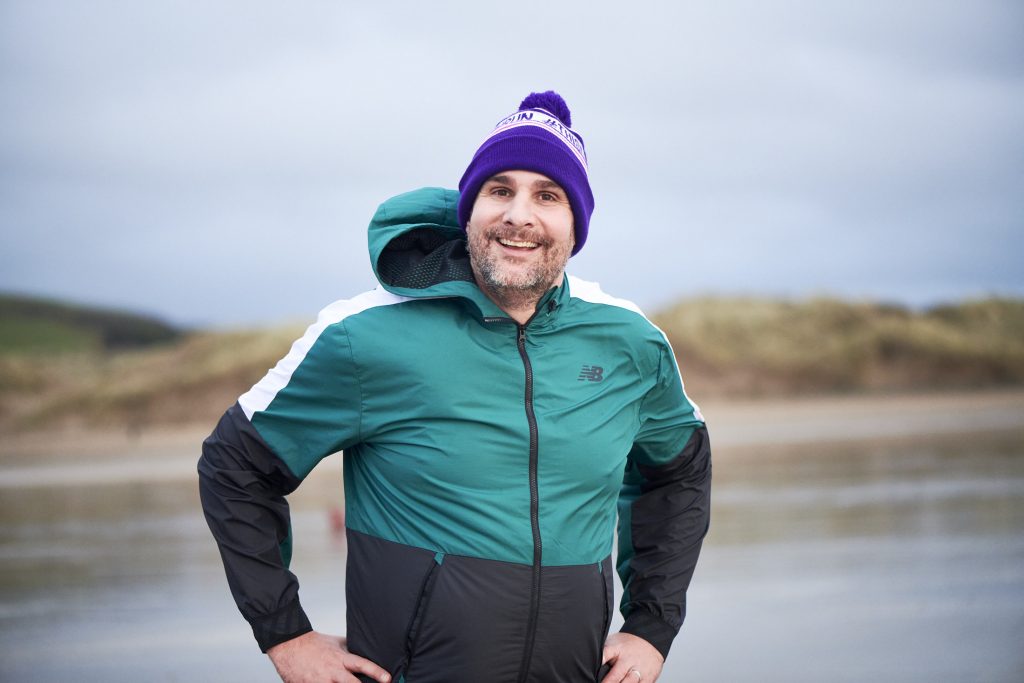 This January, St Barnabas Hospice launched a free virtual challenge for supporters to take part in, called Don’t Quit, Get Fit. The Hospice are challenging people of all ages and fitness levels to get up off the sofa and get active in any way they choose.

Austin said, “The Don’t Quit, Get Fit initiative looks great! With 2020 and 2021 being the way they are, having a virtual challenge is the perfect way to start a fitness journey. The extra motivation of setting up a JustGiving page and raising funds for St Barnabas is sure to help you on the way, and they are even giving out free water bottles to anyone who pledges to fundraise.

“Personally, I absolutely love the idea of taking on a long-distance running challenge like running 34 miles – the equivalent of running between their Lincoln and Grantham buildings.

“Some people might be thinking that exercise isn’t for them, but I want to reassure those people that you can take things at your own pace and are capable of doing anything you put your mind to. Be brave!

“I always used to be active growing up, but had slipped into a sedentary lifestyle after retiring from rugby in 2017. My kids saw an old picture of me playing rugby and didn’t recognise me, so it was the wake up call I needed. I weighed 22 stone when I did my first run, struggled round the 5k circuit, but I did it! I continued to run every day that month, lost 1.5 stone and just carried on from there.

“Running has totally transformed my mental and physical health. I now run five or more times each week and have so much energy to do simple things like playing with the kids. My seven-year-old son sometimes joins me on his bike and even runs for shorter distances with me.”

Don’t Quit, Get Fit runs from January to March 2021 and it is completely free to sign up. Those who create a fundraising page on JustGiving as part of their challenge will also receive a free St Barnabas water bottle. 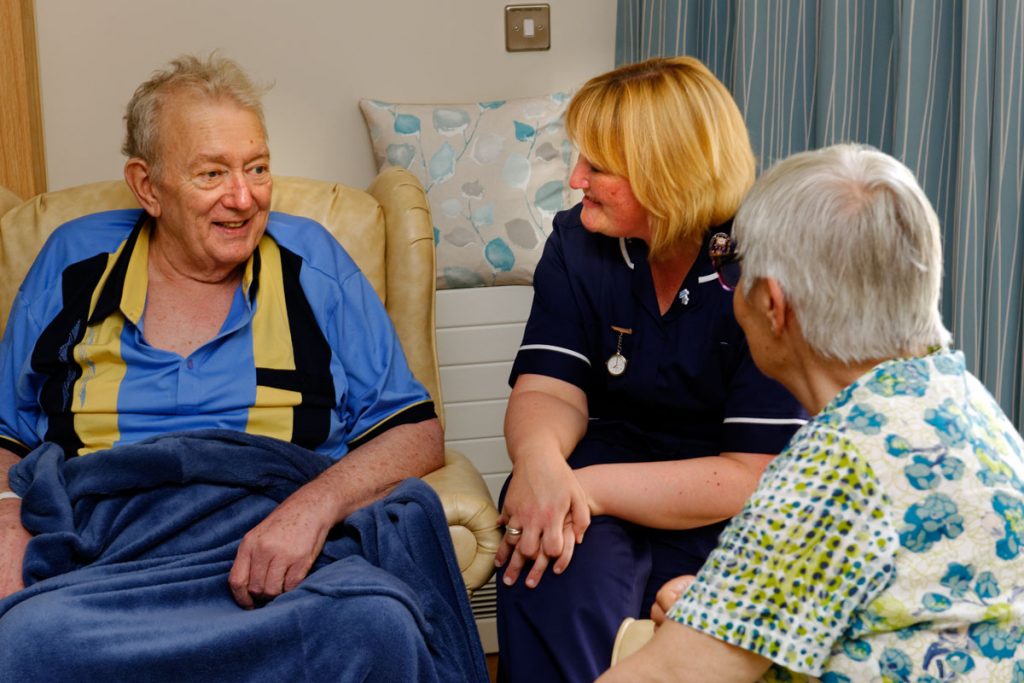